Remo may be the one of the most ubiquitous names in drum and percussion manufacturing. I think I noticed the Remo logo on the drumhead before I noticed any drum manufacturer's badge on the drum shells of the first drums I played when I started in primary school, aged 8. In my young mind, everything in drums was made by Remo.

Once I started to understand that drums, sticks, heads, cymbals, and hardware often come from different manufacturers, I also understood Remo to be the dominant presence in drumheads. Later, at age 12 in 1989, I acquired my first set of drums, which were secondhand, and made by Aria. They were fitted with some beaten up old Remo Ambassador Coated batter heads.

Around that time, master drummer David Jones passed through Tamworth and presented a drum clinic at the Tamworth Regional Music Centre (now Tamworth Regional Conservatorium of Music). I will always remember the unbelievably rich sound David coaxed from the drums, particularly his 16" floor tom, which I was sitting right next to throughout the clinic. Someone asked David if he could recommend some drumheads to purchase, and David's advice was that the Remo Ambassador Coated was the best all around drumhead. I went home that afternoon to my Aria drums with their beat up old heads, and I burst into tears once I realised I couldn't get that same richness of tone that David got from his drums. This was because my technique was nascent at best, and I had no idea about how to actually tune a drum just yet.

Over the years, I've tried playing on many different drums. Some drums were so particular that they would only sound good with particular heads, and the two-ply Emperor Clear heads sounded best on those drums. Whilst they’re amazing in their own right, two-ply heads simply aren’t the right feel nor sound for my touch and sensibilities. Even though they made those drums sound good, it wasn’t the sound I was after. It’s not because that the heads weren’t any good, it’s because the drums were inferior in workmanship and quality, and that's when I decided to commit to Sonor drums, which sound great with any drumhead combination anyone could ever choose because of the superior quality and expertise of their craftsmanship.

Having continued to experiment with drumheads over the years on my Sonors, I went back to the Remo Ambassador Coated more often than any other head to the extent that I couldn't feasibly see myself wanting to experiment anymore.

This is why I'm so proud to announce, in this blog, that I am now a Remo Artist - something I never thought I'd ever be able to say.

For many years, I’ve continued to use:

Another great products made by Remo is the Quicktech Drum Key

In more recent times, however, I’ve fallen in love with the sound and feel of calf-skin heads when they’re behaving on a day of good, clear weather. I now understand more deeply, too, why Remo trademarked the term “WeatherKing” when the company first started as organic heads are notoriously temperamental in changes of weather conditions. I can’t afford such randomness outside of my control when achieving my sound, and so, in wanting to blend as much as possible the sound and feel of Ambassador Coated heads with that of calf-skin heads, these days I now use:

The Diplomat FiberSkyn heads feature the 7.5 mil Diplomat film laminated with the 3 mil FiberSkyn surface. The combined 10.5 mil total of the Diplomat FiberSkyn is perfect for me. The tone, duration and feel are simply stunning to my tastes and sensibilities, and its particularly good for using brushes, which I do a lot! Using the Ambassador FiberSkyn on the bass drum adds some extra "give" to the feel with a lovely, full sound as the 3 mil FiberSkyn surface is laminated to a 10 mil Ambassador film making for a total thickness of 13 mil.

I also have a snare drum set up in my studio for a concert / orchestral snare sound, which is pretty particularly dry and sensitive. For this drum, I use:

These drums are supersensitive owing to the thinness of these heads: the M5 is a 5 mil head; and the Diplomat Hazy is only 2 mil thick, whereas my Ambassador Hazy is 3 mil.

In case you're wondering about the thicknesses, too, a "mil" is 1/1000th of an inch, so everything is incredibly thin, and Remo has mastered the right kind of thicknesses for the broadest variety of sounds and feels in all possible music.

Hopefully, you've found your own magical combination of drumheads that you can settle on for the long term like I have. If not, I recommend that you keep on experimenting until you find it, and I can't recommend Remo enough, as there’s no sound that some combination of heads won’t achieve for you. If you’re still having trouble, the next thing to do would be to come to me for some lessons to make sure you’re playing properly!

I hope this little story provides you with enough context to understand more deeply the many good reasons why Remo has been around so long as the most popular drumhead manufacturers.

Please click on the photo below to visit my Remo Artist Page (opens in a new window)! 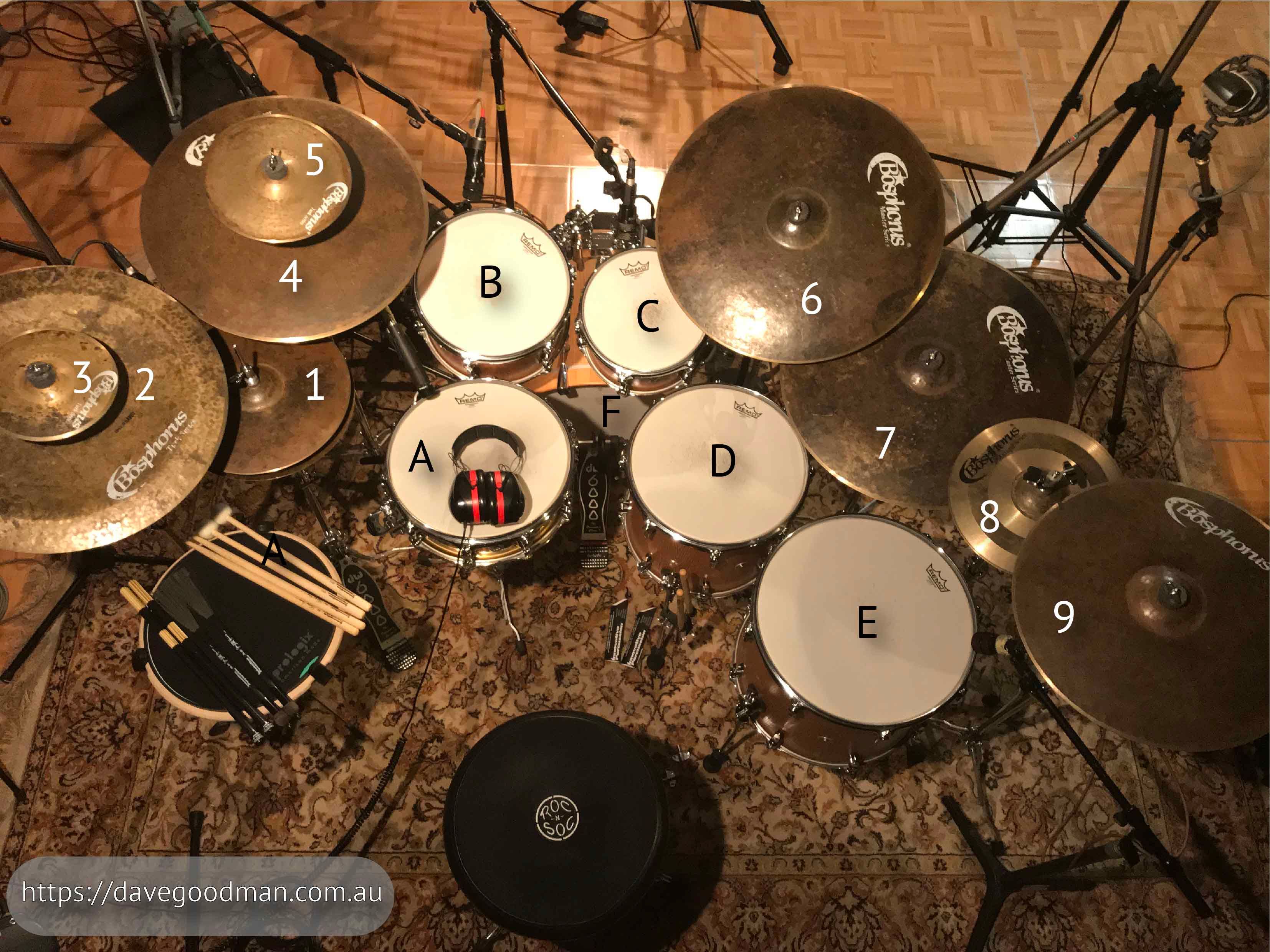