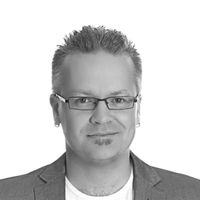 Jazz critic John Clare has described Dave Goodman as ‘one of the leading drummers in the country’ and ‘[one of] the most intriguing drummers recording anywhere’. At just eighteen, Dave received an invitation to join the renowned Mike Nock Quartet and, at twenty, came second in the prestigious National Jazz Awards. Today, having worked with a long list of Australian and international luminaries - including Joe Lovano, Bob Berg, Bernie McGann, James Morrison, Don Burrows, Vince Jones, Ten Part Invention and Mark Isaacs - he is, undoubtedly, one of Australia’s most important jazz drummers.

Tonight Dave proudly launches the new Dave Goodman Quartet, for which he has been composing pieces for a handpicked selection of his favourite musicians, namely Peter Koopman (guitar), Matt McMahon (piano) and Cameron Undy (double bass).

‘I'm excited to be launching my new quartet at Venue 505,’ says Dave. ‘This combination of players feels perfect to me. The first time we played together was as magical and mystical as though it were a dream come true. I think Australian jazz audiences have been waiting to hear a voice like Peter Koopman on the guitar. He has such a sweet sound and his inventiveness is individual. I'm sure Matt McMahon and Cameron Undy are not unfamiliar to listeners. They've been friends and colleagues of mine for nearly 20 years, and I’m very pleased to entrust them with my new music at this time.’